How To Prepare Your Business For The Future of Work 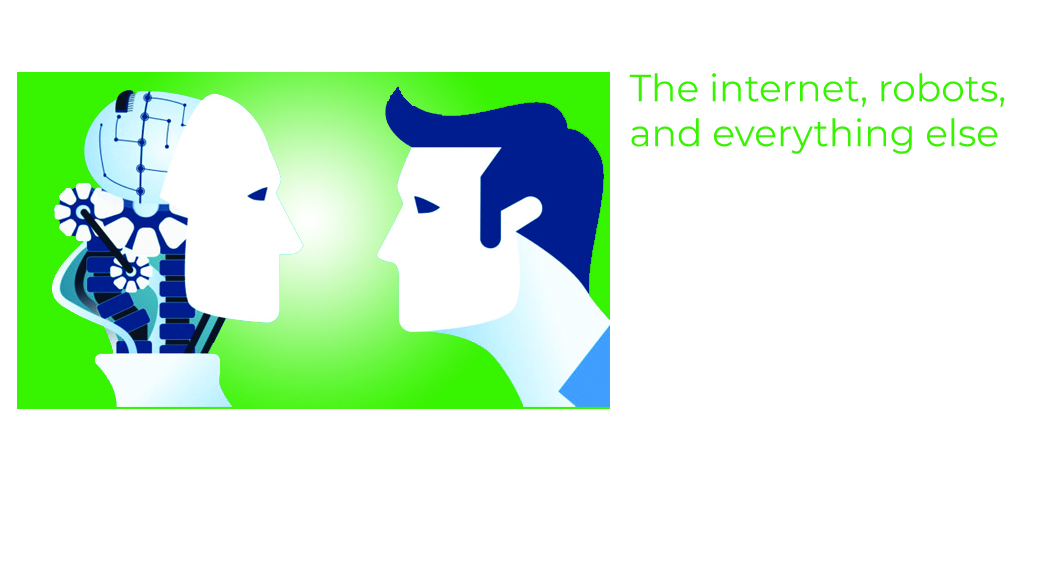 A lot of us spend our lives wrapped up in different forms of digital communication. The internet’s convenience allows us to forge a living and build friendships. Our company is no different. When we aren’t developing applications, we’re building websites for small businesses.  However, what I hear time and time again from business owners, is that they feel overwhelmed about what to do first or next to grow their business. There is a huge reason why. Unbeknownst to most of us, we’re falling behind in technology when it comes to business. This is because we think of using the internet in terms of us as a person, not from the point of view of our business. As a person, using the internet to send emails, post and watch videos, or use social media apps is probably more than we need. However, your business needs something much more robust.

The social expectation of technology

The availability of technology leads you and others to expect to get more done in one day. Think of a farmer in the early 1900s. Manually pushing an iron plow to prepare a field for seeding was tough. Once a combustion engine was attached to the plow, suddenly it was a lot easier. However, the by-product of any technological advance is “social expectation”. The obvious question becomes; “why not plow more fields since there is more time in the day?” The same is true for digital technology. The number of things customers and colleagues expect from you each day has probably increased. This drives costs down, but also means you have to accomplish more to achieve the same amount of revenue. But how doesn’t this march of technology translate into the modern-day small business? The answer to not falling behind in business is in how you are using the internet.

Most people only use 33% of the internet

As a consumer, you already use the entire infrastructure of the internet every day and you may not know it. Here’s an everyday example:

Every time you click “buy” on Amazon, you are telling a website to tell another system (known as an EDI), to send a purchase order to the seller, a purchase order to Amazon fulfillment, which sends a command to the inventory system as well as to a robot in a warehouse, and a shipping request to a logistics company. This is all calculated in milliseconds before you get to the next screen that tells you when your package will arrive on your doorstep.

The “Internet” is actually three internets

The Communication Internet – which most people are familiar with, allows people to communicate via email, social media, and websites.  It’s what most people think of when it comes to the internet. Websites, apps on their phone, social media, video, podcasts, etc – these are all the things meant for you to consume as a form of information or entertainment.

The Internet of Things (IoT) – actually has been around for a while but is still expanding to sectors unthought of in years prior. IoT uses protocols and languages called “firmware” so items around your house or in a factory can understand their own status and performance relative to the local environment they are in. The everyday example would be an HP Printer. HP created it’s “Instant Ink” program in 2013, this is where the printer constantly monitors it’s own ink levels, and when it needs a new cartridge, it sends an email to HP headquarters and suddenly you get a box in the post with new ink the next day.

The Logistical Internet –  is the cutting edge of the internet at the time of this writing. The logistical internet is what trucking and shipping companies are using to build software for autonomous vehicles and create efficient shipment manifests. It uses different protocols and languages, and once it’s done determining its own needs, it sends that information using the communications internet to talk to other autonomous vehicles, or robots in factories and smart roadways, to figure out how to get something safely from point A to Point B in the real world.

What does this mean for your business?

All of these aspects will have a knock-on effect because other people will be pressured to get their work done faster, causing them to want products or services from you much faster. It is the social expectation that drives the adoption of technology.  The world is seeing it right now with video conferencing. It’s been around for 20 years, but not until a global pandemic came along did people expect you to log on to a video conference call.

While your business may not have the capital to purchase a physical robot, in order to not be left behind your business needs to be looking to use platforms and systems which apply business analytics (BI) and machine learning to process your incoming requests, email communications, and send your invoices faster.

The future of work is all about building a better robot. Whether that’s building an actual robot to flip burgers, stock shelves, or deliver pizzas; or a software robot that adjusts your marketing campaign according to your best producing lead source, these will allow your business to remain competitive and productive in the years to come. If you choose the right systems, you don’t need to build the robot yourself.